Everything that exists follows a natural geometric form or pattern, and every pattern has distinct vibrational quality. All forms are symbolic of the underlying metaphysical principle of the inseparable relationship of the part to the whole. It is this principle of oneness underlying all geometry that balances the architecture of all form in its endless diversity. This principle of interconnectedness, inseparability and union provides us with a continuous reminder of our relationship to the whole, a blueprint for the mind to the sacred foundation of all things created.

The circle symbol meaning is universal, Sacred and Divine. It represents the infinite nature of energy, and the inclusivity of the universe. 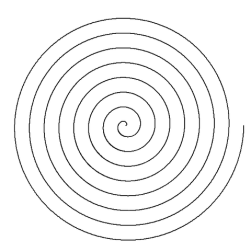 A Single Spiral is one of the most common symbols of Celtic culture, the single spiral stood for the radiance of ethereal or cosmic energy. You can wear it to signify growth, perseverance, and knowledge. It truly is a great symbol for those wanting to move forward.  It can represent the endless growth and opportunity to expand.

Infinity symbol or double spiral is an abstract concept describing something without any limit. It also represents balance and the equinoxes. 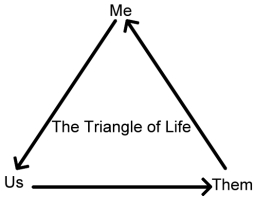 The triangle has three equal points and has various meanings. It symbolizes balance between Mind, Body and Spirit. Upright it symbolizes Male while Upside Down the Female. In the Christianity Religion a triangle symbolizes the Father, Son and Holy Spirit. Or it can be a connection from me, you, us. You decide what meaning it holds for you. 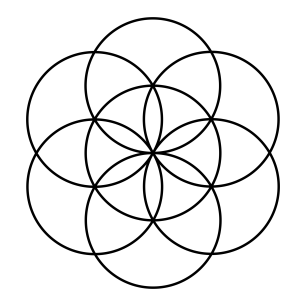 The Flower of Life is said to contain ancient, religious value depicting the fundamental forms of space and time. In this sense, it is a visual expression of the connections life weaves through all sentient beings, believed to contain a type of Akashic Record of basic information of all living things.
Leonardo da Vinci studied the Flower of Life’s form and its mathematical properties. He drew the Flower of Life itself, as well as various components such as the Seed of Life. He drew geometric figures representing shapes such as the platonic solids, a sphere, a torus,etc., and also used the golden ratio of phi in his artwork; all of which may be derived from the Flower of Life design.

Metatron’s cube “contains all the geometrical patterns known in science,” writes Ralph Shepherd in his book Beautiful Schools. As a symbol of how God has made shapes fit together throughout creation, the cube represents the way God has designed people’s bodies and souls to fit together, Shepherd writes. “The cube represents the three-dimensionality of space. Within the cube lies the sphere. The cube represents the body with our third-dimensional reality, of manifested thought. The sphere within represents the consciousness of spirit within us, or, as is commonly known, our soul.”
Balancing Energy
The cube is an image of God’s energy flowing through Metatron to all the many parts of creation, and Metatron works hard to ensure that the energy flows in the proper balance so that all aspects of nature will be in harmony, believers say.
“Metatron’s Cube helps us realize the harmony and balance of nature,” writes VanDen Eynden inMetatron. “Since it depicts an equilibrium in the six directions represented within it. … Metatron’s Cube can be used as a visual focal point to connect with the archangel, or it can be used as a concentration tool for meditations that promote peace and balance. Place an image of the cube anywhere you wish to be reminded of the archangel’s loving, balancing presence. Credit to Whitney Hopler

I am always at the right place at the right time. I am safe, I trust my intuition and self to know all that is true.